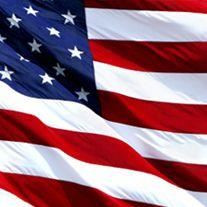 BEDFORD -- Bill M. Kirby, 78, passed away Monday, Feb. 3, 2014. Services were private for family members. Bill, the son of Aubrey Samuel and Mamie Lee Dye Kirby, was born in Dallas on Feb. 13, 1935. He proudly served in the United States Navy from 1951 to 1953. Afterwards, he worked for Cooper Airmotive at Love Field where he was a member and officer of the International Association of Machinists. From there he became an international representative for the Office and Professional Employees International Union, AFL-CIO, serving until his retirement. Bill was preceded in death by a daughter, Karen Sawyers; mother, Mamie Dye Martin; father and stepmother, Aubrey S. and Bessie Kirby; and sister-in-law, Frances Barnett. Survivors: Left to cherish his memory are his wife of 36 years, Ruth; daughter, Kelly Kirby; granddaughter, Kirby Sawyers Pruitt and husband, Mike; great-grandson, Justin; sisters, Bobbie and husband, Joe Barker, and Vuna and husband, Bob Godwin; brother-in-law, Doc Barnett; several nieces and nephews; other relatives; and friends.

The family of Bill M. Kirby created this Life Tributes page to make it easy to share your memories.

Send flowers to the Kirby family.