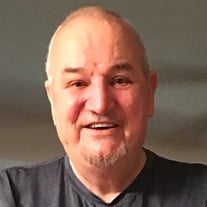 Forrest H. Webster, Sr., 75, of Haltom City, Texas, passed away Saturday, May 26, 2018, at North Hills Medical Center. Funeral: Noon Friday in the Chapel of Williams and Lucas Funeral Home in Fort Worth. Interment: Dallas Fort Worth National Cemetery. Visitation: 6:00 - 8:00 PM Thursday at the Funeral Home. He was born in Oak Hill, WV on June 14, 1942, to Robert H. Webster and Sadie (Cook) Webster. Forrest served in the U.S. Army, during the Vietnam War from 5/25/65 to 5/17/67. Forrest was self-employed for several years by forming his own construction company, Sun Belt Construction Company. Later in his career, his wife Beesy joined him as a partner and they ran a successful Christian construction company until he became a prostate cancer survivor. Even in his retirement, he and Beesy were missionaries to her home and family in Honduras, as well as to many people in their own community. Forrest enjoyed cooking for friends and family and their home was always open to anyone who knocked at their door. Surviving are his wife, Beesy D. Webster; son Robert Webster, daughter, Bessy Maria, sister, Frances A. Webster from Indianapolis, Indiana; grandchildren, Ashley, Forrest Jr. Brittany and Zachary Webster, and adopted couple, Tommy and Rosy Dodd and their children. The family requests that in lieu of flowers, cash donations or checks be given to Beesy Webster until a trust fund can be set up for their daughter, Bessy Maria Webster.

The family of Forrest Holt Webster Sr. created this Life Tributes page to make it easy to share your memories.

Send flowers to the Webster family.