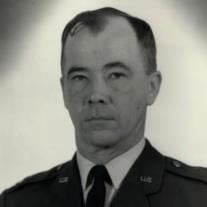 Gordon William Addy passed away Friday, March 20, 2015. Memorial Service will be held on Saturday, March 28, 2015 at 11:00 am. The family will receive friends from 10-11 am at the Lucas Funeral Home in Grapevine. Burial will be at Minter's Chapel Cemetery, Grapevine. Colonel Addy was born in Medford, Mass. on November 3, 1928, where he attended public elementary and high schools. He attended Norwich University Vermont and Northeastern University Massachusetts. While at Norwich University Vermont he was an active member of Theta Chi Fraternity – Alpha Chapter. He enlisted in the Air Force in December 1950 and obtained his commission through the Aviation Cadet program at Webb Air Force Base, Texas, in August 1952. After graduation from pilot training at Webb Air Force Base, Colonel Addy attended various flying schools until May 1953 when we was assigned as a pilot with the 67th Tactical Reconnaissance Wing, Kimpo Air Base, Korea. He then became a flight instructor at Greenville Air Force Base, Mississippi, in January 1954. In April 1957, the colonel became a B-47 aircraft commander at Little Rock Air Force Base, Arkansas, and while there he attended Squadron Officer School. Following that assignment he entered the Ground Electronics Officer Course at Keesler Air Force Base, Mississippi, and from there was assigned as the Chief of Training Devices at McConnell Air Force Base, Kansas in June 1962. In June 1963 Colonel Addy became the Operations Director at Detachment 1, 4000th Support Group, Fairchild Air Force Base, Washington, and later Commander of Detachment 2, 4000th Support Group, Loring Air Force Base, Maine, in January 1968. His next assignment in February 1973 took him to Luke Air Force Base, Arizona, as the Director of Communication Electronics for 26 NORAD Region. After the completion of that assignment he became Commander of the 12th Missile Warning Squadron, Thule Air Force Base, Greenland, in July 1974. Colonel Addy continued to serve in the United States Air Force at Griffiss Air Force Base until his retirement in 1976. During his career he was awarded the Meritorious Service Medal and Air Force Commendation Medal with two oak leaf clusters. Colonel Addy is preceded in death by his parents, Gordon Chesley Addy and Mildred Della Fagan wife Joyce Kees Addy and second wife Elizabeth Barrett Addy; and sisters, Joyce M. Stebbings, and Harriet Addy. He is survived by his son, Gordon Carlton Addy and wife, LaNetta; daughter, Amy Addy Porter and husband, Todd; grandchildren, Shelby Anne Addy and Claire Alexandra Porter; and many other extended family and friends. In lieu of flowers the family requests memorials be made in his memory to Texas Scottish Rite Hospital for Children www.tsrhc.org or Cooks Children www.cookschildrens.org

Gordon William Addy passed away Friday, March 20, 2015. Memorial Service will be held on Saturday, March 28, 2015 at 11:00 am. The family will receive friends from 10-11 am at the Lucas Funeral Home in Grapevine. Burial will be at Minter's Chapel... View Obituary & Service Information

The family of Gordon W. Addy created this Life Tributes page to make it easy to share your memories.

Send flowers to the Addy family.