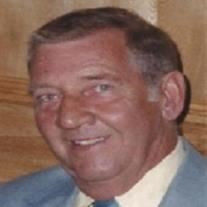 Hestel Walker, 88, died at his home, as he would have wished after a happy day with his wife Alma Jean, on February 20, 2015. Hestel Walker was born on April 28, 1926 to Bertha Cunningham Walker and Delbert Alonzo Walker in Pineland, Texas. He had a brother Hurschell Eugene Walker who was also born in Pineland, Texas. Hestel and his brother remained in close contact throughout their life. He married Linola Anne Gray in 1944. To that union was born one son Nolan, and three daughters, Brenda, Nola and Virginia. Hestel grew up in Houston, Texas and at age 17 joined the US Navy Submarine Service. He was noted for distinguished service and was honored by Admiral Nimitz with a personal commendation for his bravery and ultimate saving of the USS Rasher and crew while under attack during WWII. He also received commendations, signed by Admiral Forestall, for three Presidential Unit Citations, and he was awarded the Bronze Star Metal. After World War II, Hestel and family settled in the Houston area where he began his career in the automotive maintenance industry. He was distinguished for his ethics and abilities, which led to several important positions at Frank Gillman Pontiac in Houston. It was here that Hestel first met Alma Jean who also worked at Gillman’s. In 1979, Hestel and Linola moved to the Fort Worth area where he worked in a variety of important positions at several dealerships. After Linola's death, he remained in the area where he renewed his friendship with Alma Jean. In 1988, after being widowed for several years, Hestel married Alma Jean Bean who had one son Randy Carson and wife Jan. Together Hestel and Jean shared 12 grandchildren and 18 great grandchildren. Hestel and Jean spent their retirement with their family, as well as attending and hosting USS Rasher Submarine reunions around the country. Additionally, Hestel joined the Masonic Lodge where he became an active 32nd degree Mason. Hestel also liked cooking, helping others, and keeping the house and yard meticulously maintained. Hestel was an avid fisherman and shared many camping and fishing adventures with his family. He was dearly loved and respected by all who knew him and he will be deeply missed. He was preceded in death by his first wife Linola, daughter Virginia, brother Hurschell and granddaughter Stephanie.

Hestel Walker, 88, died at his home, as he would have wished after a happy day with his wife Alma Jean, on February 20, 2015. Hestel Walker was born on April 28, 1926 to Bertha Cunningham Walker and Delbert Alonzo Walker in Pineland, Texas.... View Obituary & Service Information

The family of Hestel Walker created this Life Tributes page to make it easy to share your memories.

Send flowers to the Walker family.