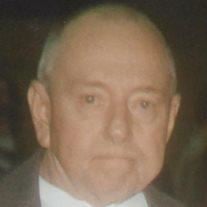 NORTH RICHLAND HILLS -- Larry Joe Martin, 74, passed away Thursday, May 15, 2014. Graveside service: 2 p.m. Saturday in Emerald Hills Memorial Park. Memorials: Scottish Rite Hospitals. Larry, the son of Nadine and S.P. Martin Jr., was born Oct. 10, 1939, in Brownwood. In 1950 he moved to Arlington, where he graduated from Arlington High School in 1958 and then attended Arlington State College. Larry served in the United States Marine Corps aviation units at Beaufort, S.C., and El Toro, Calif. He served in law enforcement for Arlington. He retired from Bell Helicopter production flight test after 37 years of service. Larry was past master of Venus Lodge, A.F.&A.M., a member of the York Rite Masons and a member of the Moslah Shrine Clown Unit, where he was a member for more than 20 years. He moved to North Richland Hills in 1998 with his wife, Linda. He was a member of Smithfield United Methodist Church and a member of the North Fort Worth Historical Society. Survivors: His wife, Linda Joyce Martin; daughter, Denise Martin of Arlington; son, Larry L. Martin of Arlington; brother, Rubin Martin and wife, Ann, of Mansfield; stepsons, Chad Green of Bedford, Brad Green and wife, Bridget, of North Richland Hills; grandchildren, Garrett Spurlock and Leah Green; a niece; and a nephew.

The family of Larry Joe Martin created this Life Tributes page to make it easy to share your memories.

Send flowers to the Martin family.