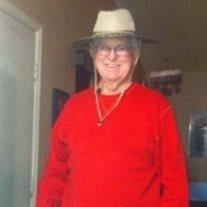 Lloyd R Freeman, 78, passed away Sept. 1, 2014. Service: 10:30am Thursday, Sept. 4 at Lucas Funeral Home, Keller. Visitation: 6-8pm Wednesday. Burial: 1:00p Dallas-Fort Worth National Cemetery (Lane A) with Navy Honors. Lloyd was born October 8, 1935 to Nellie Tompkins and Monnie Jackson Freeman. He served in the US Navy from 1954 through 1958. For 50 years following his time in the service, he worked as a mail handler for the US Postal Service. Lloyd was preceded in death by his parents, Nellie and Monnie Freeman, and his brother, John Freeman. Papa Lloyd, also known as Pop, is survived by his wife, Paula, of Keller; six children: Keith Freeman and his wife, Sheila, of Irving, Keyla Cohen and her husband, Brad, of Grand Prairie, Alexis Horton and her husband, Chris, of Bedford, Pat Hillburn and her husband, Greg, of San Antonio, Michael Freeman, and Daniel Freeman and his wife, Paige, of Keller; 14 grandchildren; 2 great-grandchildren; brother, Brownie Freeman; sister, Janna Hengy and her husband, Skip, of Kaufman. May he rest in peace. Service provided by Lucas Funeral Home, Keller. 817-753-6800

The family of Lloyd Ray Freeman created this Life Tributes page to make it easy to share your memories.

Send flowers to the Freeman family.