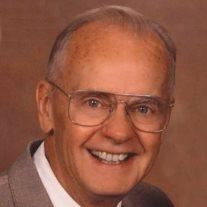 Philip Dean Knowles ________________________________________ NEWARK -- Philip Dean Knowles, 79, passed away on Wednesday Aug. 20, 2014. Memorial service: 10 a.m. Saturday at Peace Lutheran Church, 941 Bedford-Euless Road, Hurst. Memorials: In lieu of flowers, donations can be made to Victory In Christ Lutheran Church in Newark, TX. Philip Dean Knowles was born in Hudson, MI, on April 23, 1935 to Nathan Knowles and Gladys Ball Knowles. He lived a dairy farm life, graduated from Michigan State University with a degree in Agriculture Education in June of 1957. He was commissioned 2nd Lt. in the Air Force at the time of graduation, through the ROTC program. He earned his private pilot's license while in ROTC. Phil married Lu Anne Whitcher August 25, 1956, and they lived on campus for his senior year of college. He was called to active Air Force duty in March 1958. He was assigned to Supply School at Cheyenne, WY and moved to Fairbanks Alaska. He subsequently was assigned as a pilot to AF bases in Enid, OK, Waco, TX, San Antonio, TX. While he was based in Waco he attended Baylor University graduate school. He left the Air Force in 1970 and flew for Braniff International, Piedmont and U.S. Airways. While he was furloughed from Braniff in 1971 he served as the Flying Safety Officer for Western AF Reserve Region, being based in San Rafael, CA. He attended USC graduate school taking classes to support his new position. He retired from active and reserve Air Force after more than 28 years of military service. He retired from U.S. Air at age 60 in 1995. After re-arranging Lu Anne's spices, he joined Garland Pipe Organ Co., and was part of the Garland crew that installed the Peace Lutheran pipe organ. Phil was a faithful servant of our Lord throughout his life. He served in various capacities in the many churches in which he was a member. He grew up in the Methodist church, and was a faithful member in churches during his tours of Air Force duty. He joined Peace Lutheran Church in 1976 with his wife Lu Anne. He loved to sing and was active in singing, handbell and chime choirs. He was active in various committees, including the building committee that was responsible for the building of the present Sanctuary. One of Phil's joys was making his famous beer biscuits for Kaffee Haus. Phil was preceded in death by his father and mother and brother Silas. Survivors: Phil loved his family, wife, Lu Anne; his children, son Mark and wife Susan, daughter Beth McKeithen and husband Ramsay, son Bill Lowrey and wife Katherine, grandchildren, Nathan Craig, Thomas and Josiah Knowles, Jackson and Caroline McKeithen, Aaron Lowrey, sister Anita Schultz and her children Bruce, Gary, Leta, Laura and Scott and the children of Silas, Janice, Linda and David, and brother and sister in-law Ed and Jann Day.

The family of Phil Knowles created this Life Tributes page to make it easy to share your memories.

Send flowers to the Knowles family.