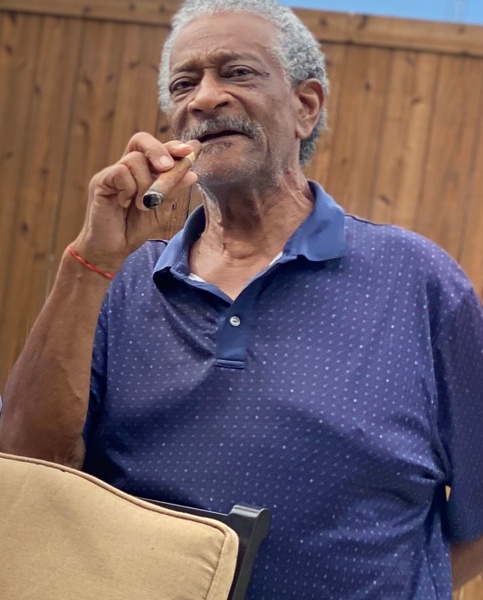 Billy Harold Austin Sr., the only child of Jean Austin, was  born March 11, 1947 in Fort Worth, Texas. He completed his formal education in 1965 from the Historic I. M. Terrell High School.
Possessing a comedic and engaging personality, Billy was called " Hollywood" by his classmates and peers. He was a standout football player for the I. M. Terrell Panthers team. A  lifetime lover of the sport, Billy loved watching and talking about it. Following high school, he played for The AFL Fort Worth Braves football team while still diligently working in several fields. He was a true  sideline supporter when his sons were playing football. Throughout the years he really enjoyed tailgating and watching his grandsons playing as well.
In his youth, Billy professed his faith in Jesus Christ as his Lord and Savior. He was baptized into The Fold of Christ by the late Reverend Albert E. Chew Jr. Billy was a lifetime faithful member of his church home, Historic Shiloh Baptist Church of Fort Worth.
Billy united in holy matrimony with Ethelee Collier. Their union was blessed with the birth of Billy H. Austin, Jr, and Val Austin. He later united in holy matrimony with Corene Love which was also blessed with the birth of their sons, Corey and Michael Austin. Later Billy developed a bond with Vertella Layne.
On March 22, 2022, Billy Harold " Hollywood" Austin Stepped Into The Light of Eternity to reunite with his family members who were joyfully awaiting his homecoming.
Cherishing the beauty of the memory of this loving Christian man is his beloved family: Vertella Layne-Austin;
children: Billy Jr. (Karen), Val, Corey (Jennifer) and Michael (La Tonya); precious grandchildren: Jasmine Farmer, Myles, Cailey and Calen Austin;  a host of his nieces, nephews, cousins, extended relatives, friends and those who were fortunate to have known him.
AFTERGLOW
I'd like the memory of me to be a happy one.
I'd like to leave an afterglow of smiles when life is done.
I'd like to leave an echo whispering softly down the ways,
Of happy times and laughing times and bright and sunny days.
I'd like the tears of those who grieve, to dry before the sun;
Of happy memories that I leave when life is done.
To order memorial trees or send flowers to the family in memory of Billy Harold " Hollywood" Austin Sr., please visit our flower store.