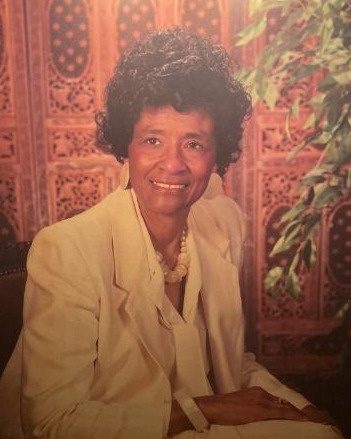 She was born on March 9, 1927, in Fort Worth, Texas, the daughter of the late O. B. Brooks and Ora Bell Sweatman Brooks.  She was a lifelong active member of Mount Pisgah Missionary Baptist Church.

She graduated from I.M. Terrell High School, thereafter went on to marry David E. Crear, and bore six children, three of whom were triplets.  After becoming a widow, ( July 1971), she married Edward A. Jackson eleven years later. He preceded her in death, (September 1999).

She worked at Saint Joseph Hospital for over 30 years and then retired.  She was very dedicated to several ministry groups at Mount Pisgah; Vacation Bible School, The Senior Choir, Area 9 Mission, and the Phoebe Sunday School Class.  Her community service contribution was to the NAACP Youth Council of Ft. Worth, Texas where she served with distinction.

Christine was known among friends and relatives for her knowledge of football, her favorite pastime, and could match any seasoned sportscaster.  She also enjoyed bowling in a local Ft. Worth city league.

Christine is preceded in death by her parents, brothers and sisters, 2 children David Reginald and Gerald Brooks Crear,  2 stepchildren Linda and Paula Jackson, and 1 great-grandson