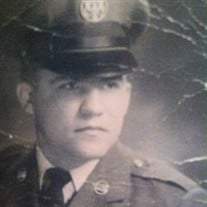 Don Edward Wickman, Sr. came into the arms of his Heavenly Father on Sunday September 12, 2021 at his home in Fort Worth, Texas.

He is the son of the late Elgin and Evelyn (Koonsman) Wickman who are from the Cranfills Gap and Iredell, Texas communities. He was born in Meridian, Texas on September 15, 1944. He graduated from Amon Carter Riverside High School in 1964. Upon graduation he enlisted into the United States Air Force and served in Vietnam. After leaving the Air Force he became a Master Plumber and owned his own business known as "Hot Water Inc" for most of his life. He enjoyed fishing, motorcycles, flying and fast cars. Most importantly, he loved his TCU Horned Frogs and very proud of their accomplishment in the Rose Bowl of 2010. During his school years he was proud of playing for the TCU Tinymites football team.

Don, who was known by his friends as the nickname "Rope", is survived by his brother, Michael Wayne Wickman; sons, Don (Buzzy) Edward Wickman, Jr. from Granbury, TX and Chris Jared Wickman from San Diego, CA, along with numerous grandchildren, nephews and cousins. He was preceeded in death by his sister, Beverly Kay Wickman Winget.

A private Memorial Service will be held at a later date.

To order memorial trees or send flowers to the family in memory of Don Wickman, please visit our flower store.