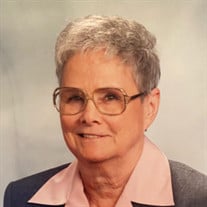 Drucilla Ashworth Jackson Luke (88) of Fort Worth, passed away peacefully surrounded by family on September 10 at a local hospital.

Drucilla was born Jan 19, 1933 in Dallas, Texas to the marriage of DB Ashworth and Ila Mae Rowan. She graduated Clifton High School and attended the University of Texas in Austin (although she was an Aggie at heart!) She married Billy Jackson of Fort Worth on Aug 31, 1951 and were married for 39 years until his untimely passing in 1990. Dru enjoyed her time as a military wife, travelling with Billy to stations in Alabama, Illinois, Hawaii, Washington DC and finally San Antonio. She earned her realtors license in San Antonio and enjoyed a brief career in real estate before Billy passed away. In San Antonio she was a member of the Trinity Baptist Church Chorale and traveled on several foreign mission trips behind the Iron Curtain.

She then married Howard Luke of Fort Worth on Oct 5, 1991 here in Fort Worth until his passing in 2005. She and Howard loved to travel with frequent trips to Canada and the Colorado mountains to see the snow and ride the trains. She was an avid Cross Stitch artist, creating fabric art for family and friends upon special occasions. Dru was also an avid reader and puzzle expert also completing many puzzles and novels within a few short days. She was involved locally with her church, Riverside Baptist and Christ Chapel, and with the FW Riverside Lions club where she served on many committees and district events.

She was preceded in death by her parents, her husbands, her sister Beverly and her daughter Leslie. She is survived by son Kenneth Jackson and James Jackson and by daughter Diane Jackson Drake. Her legacy is entrusted to 6 grandchildren, (Travis Jackson, Taylor Newcomer, Mattie Cowan, Daniel Drake, David Jackson and Haley Jackson and 4 great grandchildren, William Jackson, Eli Jackson, Claire Newcomer and Charlotte Newcomer. She is also survived by one niece and two nephews.

Memorials can be made to favorite charities or to FW Riverside Lions Club International, 500 Hassett Ave, Fort Worth, Texas 76114.

To order memorial trees or send flowers to the family in memory of Drucilla Luke, please visit our flower store.
Send a Sympathy Card