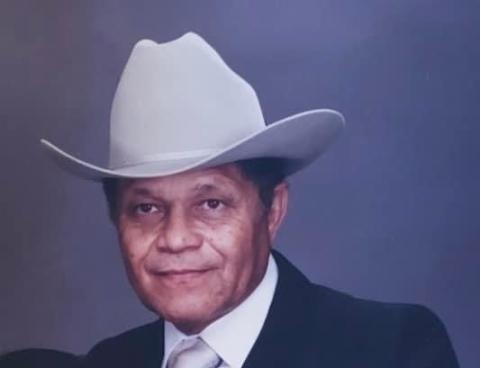 Emmet Lee was born to the parentage of the late Chancie and Nina Lee on August 8, 1932 in Tyler, TX. He received his education in Fort Worth at I.M. Terrell (Class of 1952) and Texas College, Tyler, TX. He was a devoted and family-oriented man, who loved both his Cannon and Lee families.

Emmett accepted Christ at an early age, under are leadership of Superintendent D.C. Littlefield and his late Superintendent C. H. Lee at Sunrise C.O.G.LC. Later in the years he, and his family united with Forest C.O.G.I.C. under the pastorage of his brother-in-law, the late Elder Henry Henderson. Emmet worked faithfully in the church serving as a deacon, as well as working with the Outreach Ministry, Men's Department, and wherever help was needed. He loved to visit the sick and shut-in and he brought joy with his enormous smile at every hospital, nursing facility, or home he visited, even in his golden age as he reunited with Greater Sunrise C.O.G.LC. under the leadership of his brother-in-law, Supt. Hawaiian Hudson.

He served in Army for two years during the Korean War and received an honorable discharge. He worked and retired 32 years from Bell Helicopter. He made many lifelong friendships while working there. He was awarded a citizenship award from the City of Fort Worth. In his spare time, he also enjoyed boxing, bowling, ping-pong and tennis. He was very competitive and could tell many tales about his skills. He would not leave the Domino table until he won! He looked forward to the annual "What Happens in Vegas, Stays in Vegas" trip with his brother-in-law, William, Jimmy, Lewis, and Rufus Milton. You could always catch him talking about his Cowboys, as he was a die-hard fan.

On August 9, 1958, Emmet united in Holy Matrimony with Shirley Marie Hudson. They were married 52 years until his loving wife Shirley's heavenly departure. To this happy union, four beautiful and talented daughters were born: Lola, Unnice, Sharon, and Pamela. He was a dedicated provider, father, grandfather, great- grandfather, and brother who proudly bragged on his legacy to whomever would listen. He would not take it easy on the grandchildren and beat them repeatedly at Checkers and card games. He was preceded in death by his wife Shirley, two brothers, Vernell and Maxie, mother,father, grandparents brothers-in-laws William Smith and Jimmy Madison, and nephews, Robert and Avery Lee.

To order memorial trees or send flowers to the family in memory of Emmett Lee, please visit our flower store.