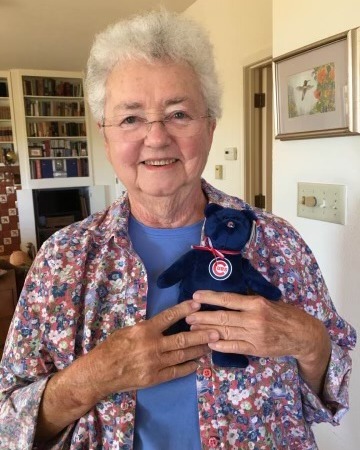 Margaret Ellen Janes Haltom passed away at the age of 83 on September 4, 2022. She is survived by her son Matthew, daughter-in-law Ruth, and grandchildren John and Amalia Haltom of Lantana, Texas; by her daughter Amy Haltom of Richmond, California; and siblings Dr. Jefferson Janes and Juliana Janes Yaffé, as well as numerous nieces, nephews, and grand-nieces and nephews. She was preceded in death by her husband Dr. John F. Haltom, parents Dr. Olen G. Janes and Margaret Jefferson Janes, and siblings Dr. Gaynor Janes and Kathryn Bab Janes Coble.

Ellen was a generous, loving, and devoted friend, wife, mother, grandmother, and aunt, possessing a sharp wit and learned mind. She was born in Cooper, Texas on February 3, 1939, the eldest daughter of five children. She graduated from Cooper High School as Salutatorian of her class in 1955 and went on to earn a Bachelor of Arts in International Affairs, Cum Laude from Texas Christian University in 1960. After a few years teaching high school in Houston, Texas, she went back to TCU to earn her Master of Arts degree in Government in 1967 and furthered her education by studying at the American University in Beirut, Lebanon on a Fulbright Scholarship. She met her future husband, Dr. John F. Haltom, while in graduate school, and they married in Fort Worth, Texas in 1969.

Ellen and John moved to Las Cruces, New Mexico in 1970, upon Dr. Haltom’s appointment to the faculty of New Mexico State University. She made her home in Las Cruces for the next 52 years, raising her two children there. When John retired from NMSU and ran for Las Cruces city council, Ellen managed his campaigns, and throughout John’s 14-year tenure as a city councilor, she assisted him in performing research. Ellen had a lifelong commitment to learning. In her forties, after taking classes together at Doña Ana Community College, she and John designed, drafted, and built a house. They resided in the house they created from 1986 until John passed away in 2005, and she continued to make her home there until the final weeks of her life.

Ellen was active in politics and local and state affairs in New Mexico. She was a member of the League of Women Voters and served on the board of the Housing Authority of the City of Las Cruces, advocating for affordable housing for veterans and other vulnerable populations. She also served on the board of the Las Cruces Symphony Association. She was a gourmet home cook and had an appreciation for great dining. She made sure that her out-of-state children had a steady supply of fresh New Mexican chile year after year - one of countless examples of her thoughtfulness. She enjoyed bird watching and appreciated being in nature, particularly in the mountains of the American west. She was an avid traveler, visiting Europe and destinations across the U.S. with her husband and family. Later in life, she continued her travel adventures with family and friends to explore Alaska and Canada and to visit her children and grandchildren in California and Texas. She was also an enthusiastic supporter and season ticket holder for the NMSU Aggies basketball team and a devoted fan of the Chicago Cubs for decades.

Ellen was charming and sociable, easily making friends wherever she went. Her intelligence, sense of humor, and warm and engaging spirit will be dearly missed by all who knew her.

A brief funeral service will be held at 11:00 a.m. on Wednesday, September 21, 2022, at Dallas-Fort Worth National Cemetery, 2000 Mountain Creek Parkway, Dallas, Texas. A memorial service will be held in Las Cruces, New Mexico at a later date. In lieu of flowers, the family has asked that donations be made in Mrs. Haltom's name to the Dona Ana County Humane Society, P.O. Box 1176, Las Cruces, NM 88004 (https://www.dachslc.org).

To order memorial trees or send flowers to the family in memory of Margaret Ellen Janes Haltom, please visit our flower store.