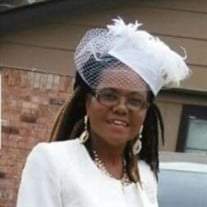 Thelma Anderson was born on August 10, 1954 to the parents of Willie Warren and Zelma Sheppard who preceed her in death along with two of her children Odell Warren and Yolanda Lampkin.

Thelma started her life in Linden, Texas and later moved to Dallas, Texas where she graduated high school from Lakehighland and there after attended El Centro Campus College.

Thelma was a fun and loving person and a strong leader in her family. She was a faithful member of Commuity Missionary Baptist Church and served as an usher for many years. She was a life changer for many who crossed her path.

To order memorial trees or send flowers to the family in memory of Thelma Anderson, please visit our flower store.